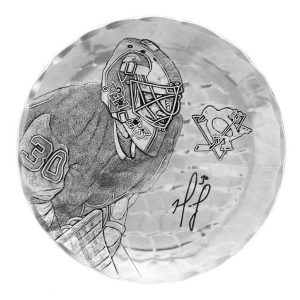 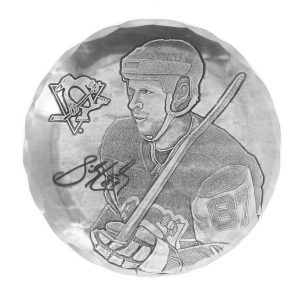 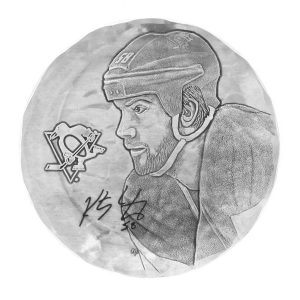 One of the greatest teams of the modern sports era, the Pittsburgh Penguins have seen multiple Stanley Cup Championships led by four hockey legends. Sidney Crosby, Evgeni Malkin, Kris Letang and Matt Murray have each played integral parts in creating a team crafted for the history books. What they have done on the ice is equally matched by what they do for the Pittsburgh community off the ice.

Beautifully packaged in a keepsake box, The Players Edition Coaster Set celebrates the best of the Pittsburgh Penguins. Handcrafted, each is designed by artist Tempy Moore, the very first female artist licensed by the NFL, and engraved into metal by Master Die Engravers Michael Youngo and Len Youngo. 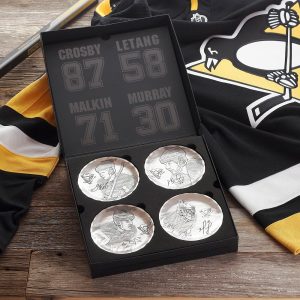 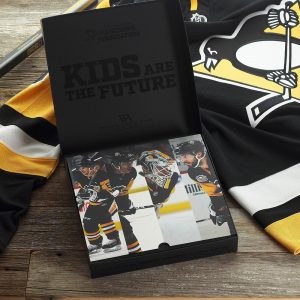