This season’s Hockey Fights Cancer (HFC) game was held on Saturday, November 16. Our HFC game is held each season as part of a league-wide initiative to raise awareness and funds for cancer research. This season, the arena was illuminated with hope and purple as fans and Penguins players stood together for those battling cancer. Your Penguins players wore HFC jerseys and used purple-taped sticks during pre-game warm-ups, which were then autographed and auctioned to benefit the Mario Lemieux Foundation and UPMC Hillman Cancer Center. This season through a variety of fundraising efforts and donations, our incredible fans helped us to raise over $23,000 for each charity

On the concourse, the Penguins Wives and Girlfriends Association helped to assist the cause by selling mystery signed pucks and encouraging fans to fill out ‘I Fight For’ cards in support of their loved ones who have battled cancer.

Prior to the game, the entire arena took part in a league-wide moment, where PPG Paints Arena stood silent with their phone flash-lights on, honoring those who have battled or are still battling cancer to show that no one fights alone.

The Penguins Foundation also hosted Make-A-Wish of Greater Pennsylvania and West Virginia as well as UPMC Children’s Hospital of Pittsburgh in Evgeni Malkin and Sidney Crosby’s charity suites. A few children were able to join in on the excitement of the game. Emerson, 11 years old, fist bumped his favorite hockey team as they exited the ice after pre-game warm-ups. Rachel, 18 years old, got to take a surprise pre-game selfie with her favorite player, Jake Guentzel. And lastly, Daisy, 16 years old, proudly rang the bell in front of 18,000+ Penguins fans celebrating her victory over Ovarian Cancer. Daisy made an impact on everyone that evening, especially Patric Hornqvist, who met with her after the game in order to show his support and take the HFC hat right off his head to give to her. We stand for these kids, and the others like them who show strength beyond their years and remain resilient.

We would like to thank all fans who participated in our Hockey Fights Cancer game. The support you show every season is overwhelming and touches the lives of thousands of Pens fans who will never fight alone. 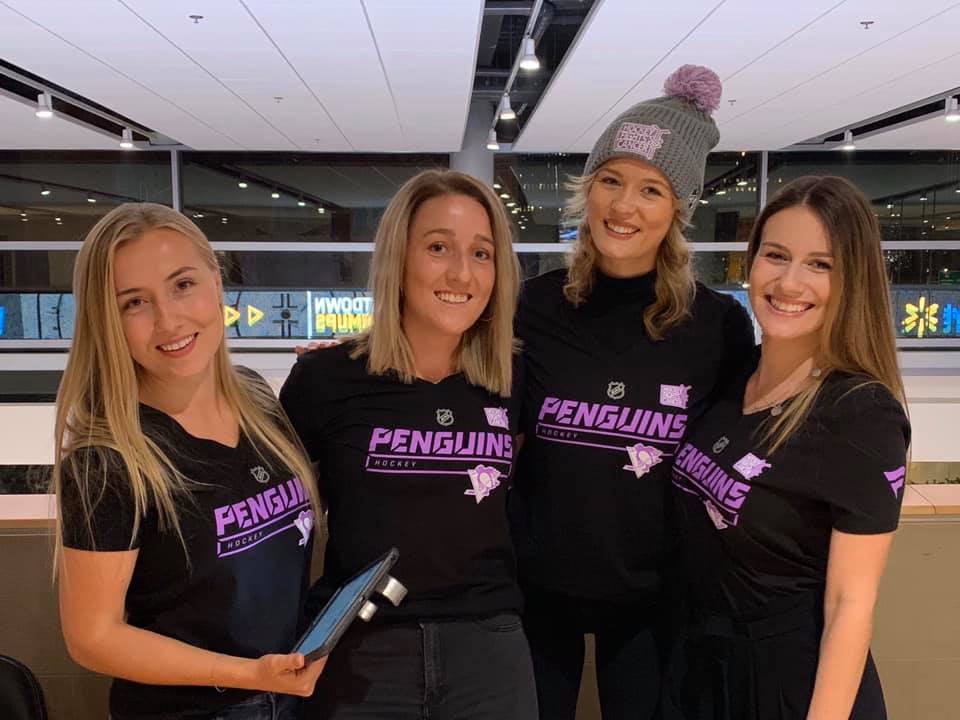 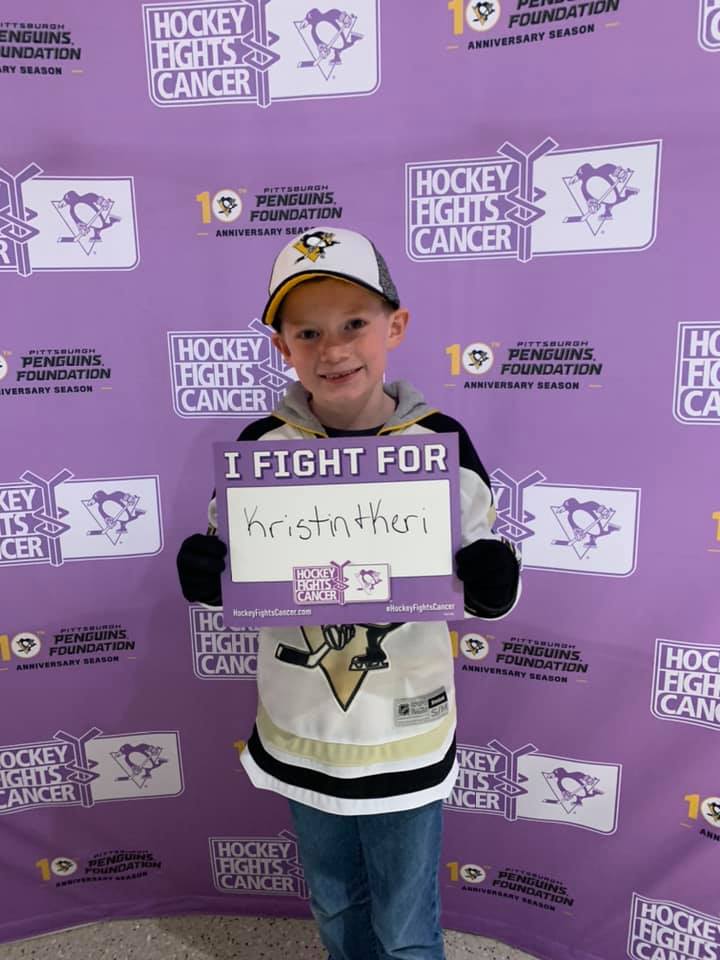 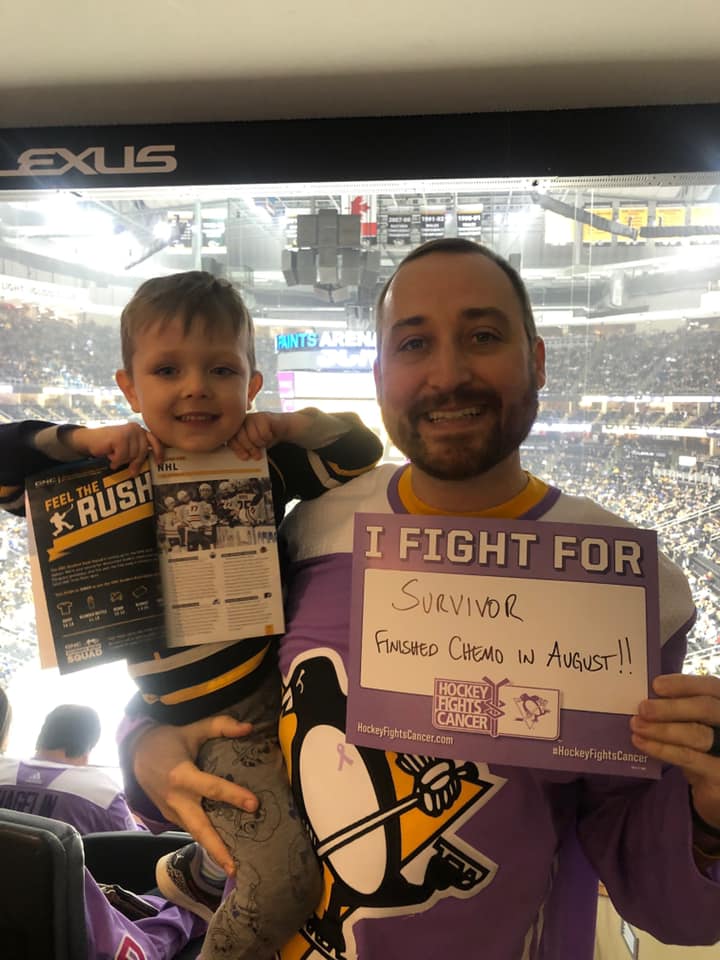 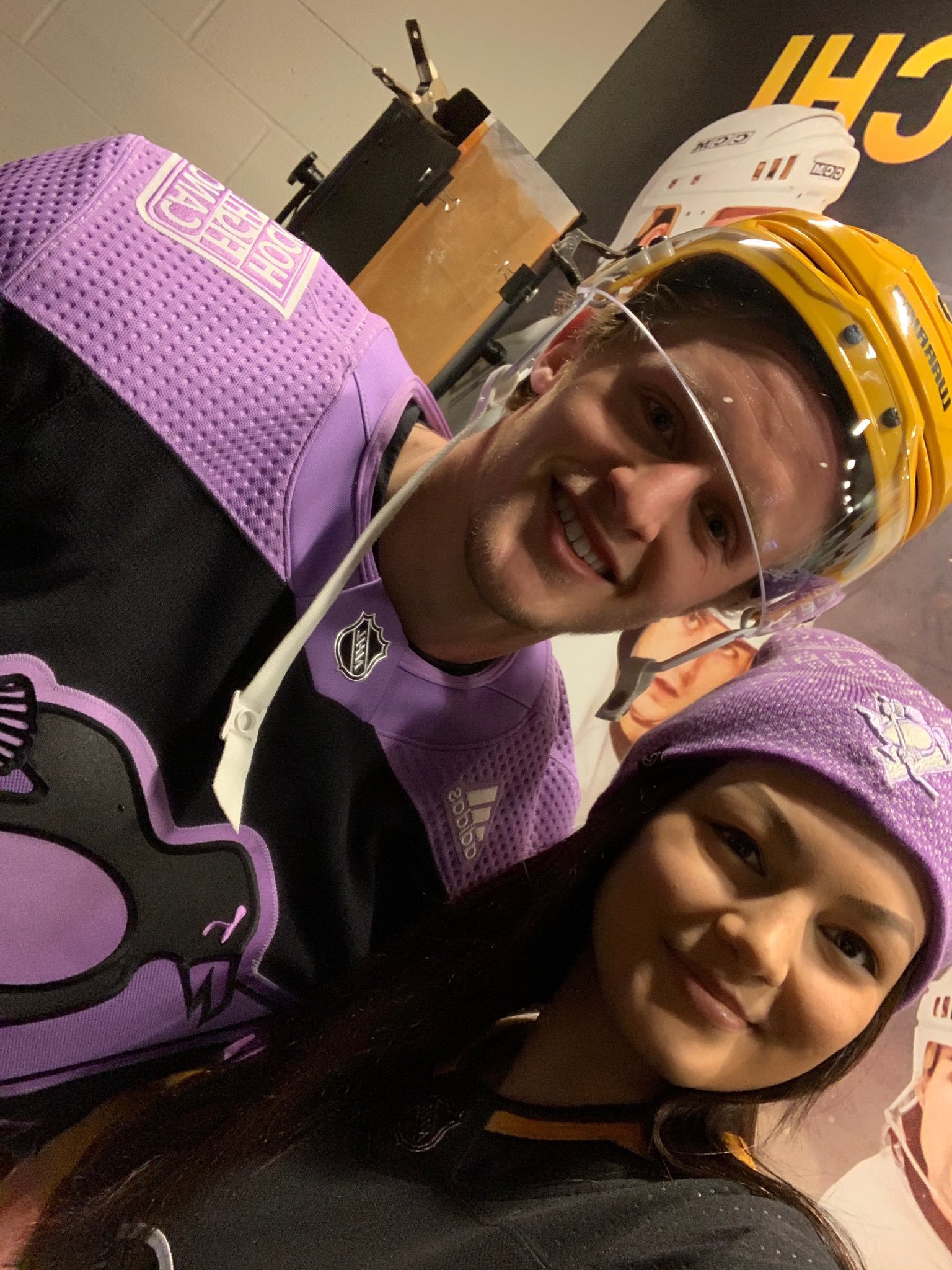